You are here:
News

The main function of window films is to conserve energy and block UV radiation, which can fade furniture, rugs, and flooring. Window tints block significant amounts of light from entering the room from outdoors, and their color can add to the appearance of the building.

Businesses are more likely to use window tinting than private homes, but some homeowners utilize window tints in areas where they want extra privacy or a splash of color.

Window tint materials come in endless shades from peach to Kelly green to terracotta and deep frost. Any colored material applied to a windowpane will block some or all light from outside, and the color will be visible on both sides of the glass.

Many people use window tinting films to block glare from outside in rooms with an abundance of sun exposure. Tinted window films also provide a small amount of energy savings and block UV light as do window films.

Clear window films also reduce glare inside and can save significant money on heating and cooling costs.

Another advantage of installing transparent window films is security: Window films make it harder to break the glass. If the glass does break, it does not shatter and fall to the ground easily because it is held together by the tough film coating.

Correctly installing window films and tinting products can be a challenge. These products have a strong adhesive material on one side, which can easily stick to any surface it contacts.

Unrolling and applying a sheet to a window without any unsightly wrinkles or gaps is not an easy job for the average homeowner, and a few special tools are required to do the job.

Vern’s Glass in Victorville can give you professional help with installing window films and tints. A professional glazing company like Vern’s can also give you expert advice on which film or tint to use and find it for you at the best price.
Category: NewsBy Vern's Glass StaffAugust 3, 2020
Tags: Apple ValleyCustom GlassEnergy EfficiencyHesperiaHigh DesertTintingVerns GlassVictorvilleWindow InstallationsWindow TreatmentWindows
Share this post
Share on FacebookShare on Facebook TweetShare on Twitter Pin itShare on Pinterest Share on LinkedInShare on LinkedIn 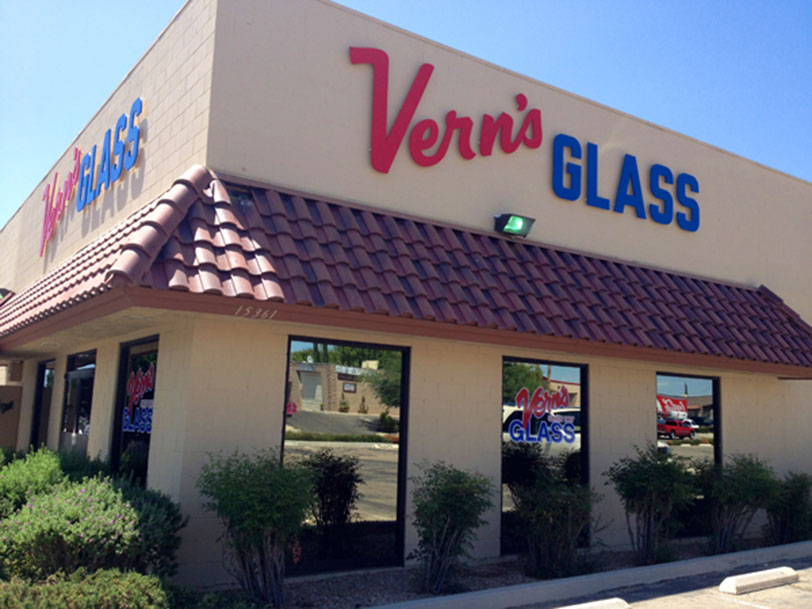 Proud Member of the NGA